MRP was first established as Michiana Raceway Park in 1987. The year prior, three investors purchased the property from the Michiana Kart Klub owners of the former Christies Rolling Green on Miller Road , Buchanan, Michigan. The track first came into existence in 1962 at the hands of the late George Christie and family. A rapid phase of improvements to the property were conducted in the late 80’s to expand the club participation from weekly attendance of 20 to an average of 115 by 1994. A favorite phrase coined during this time was “Join the Karting explosion”.

During the early 90’s Melvin McCallum introduced two of his grandsons to karting at the property and ultimately built a new state of the art kart track on an old gravel pit at 61870 Crumstown Highway North Liberty. In 1995 the track opened to racing under the name Mel McCallum’s South Bend Raceway Park. By early 2003, after a series of managers had been looking to find an exit strategy, the Lobaugh family stepped in to take over the property. In so doing they renamed the property Michiana Raceway Park and started the rebranding and updating of improvements to what we now see today.

For those of you that are visiting our website or facility for the first time, you might want to know more about karting. Visit our KARTING 101 section and look through our site to see what we have to offer!

Select from one of our downloadable track configuration maps below. 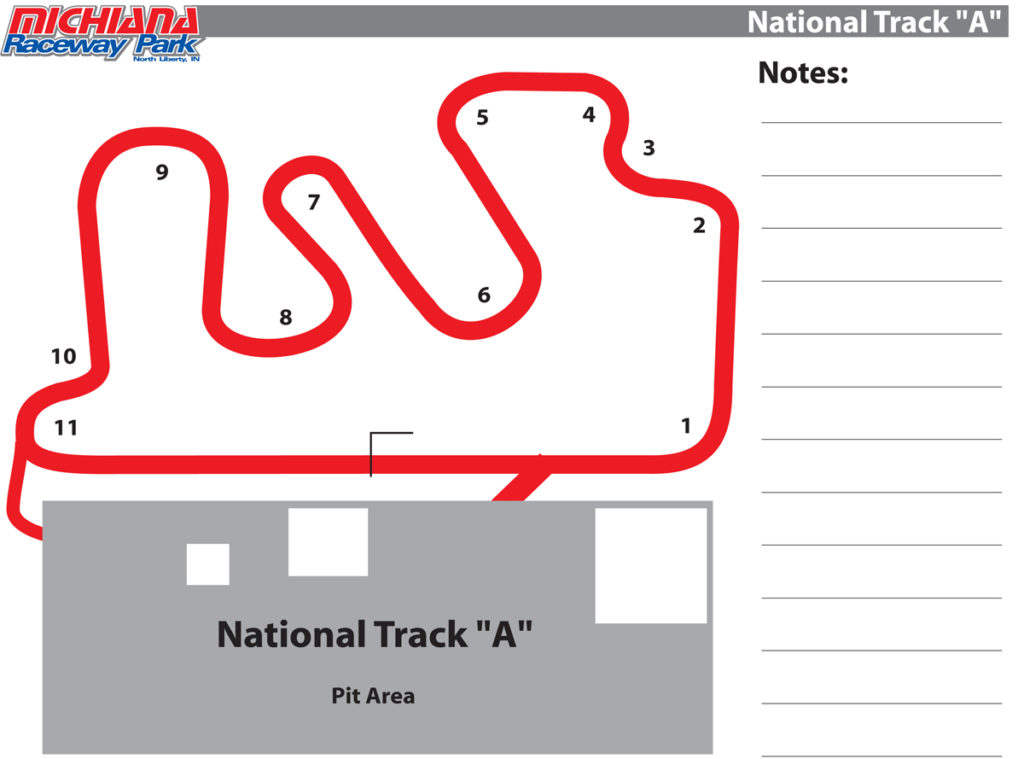 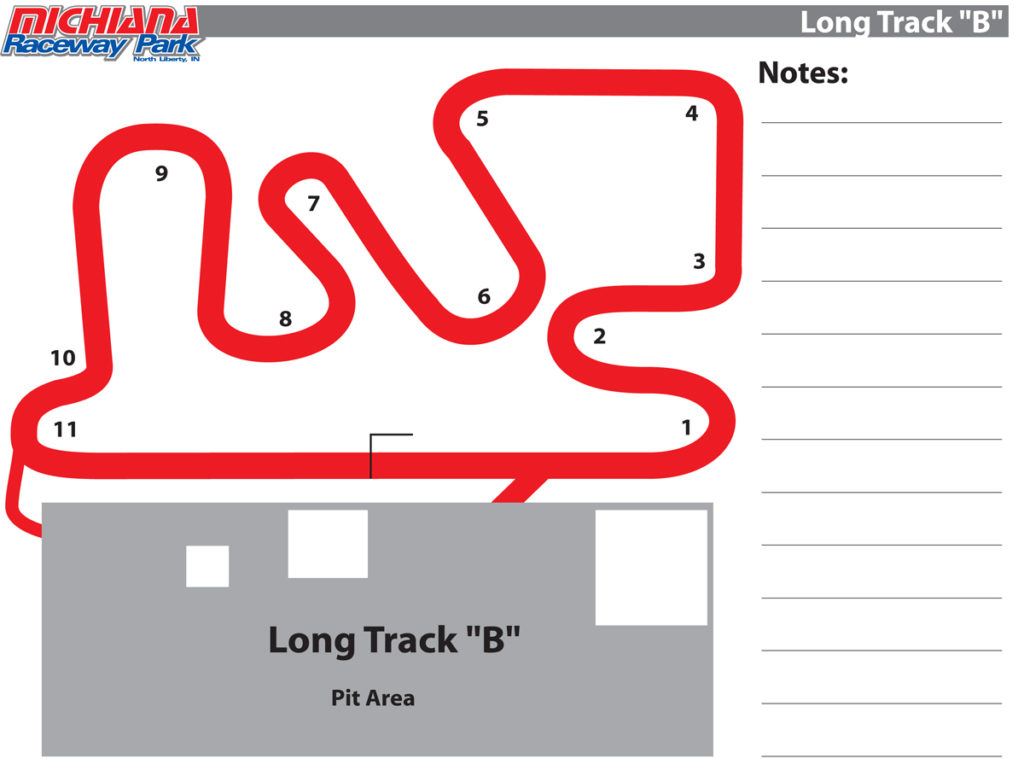 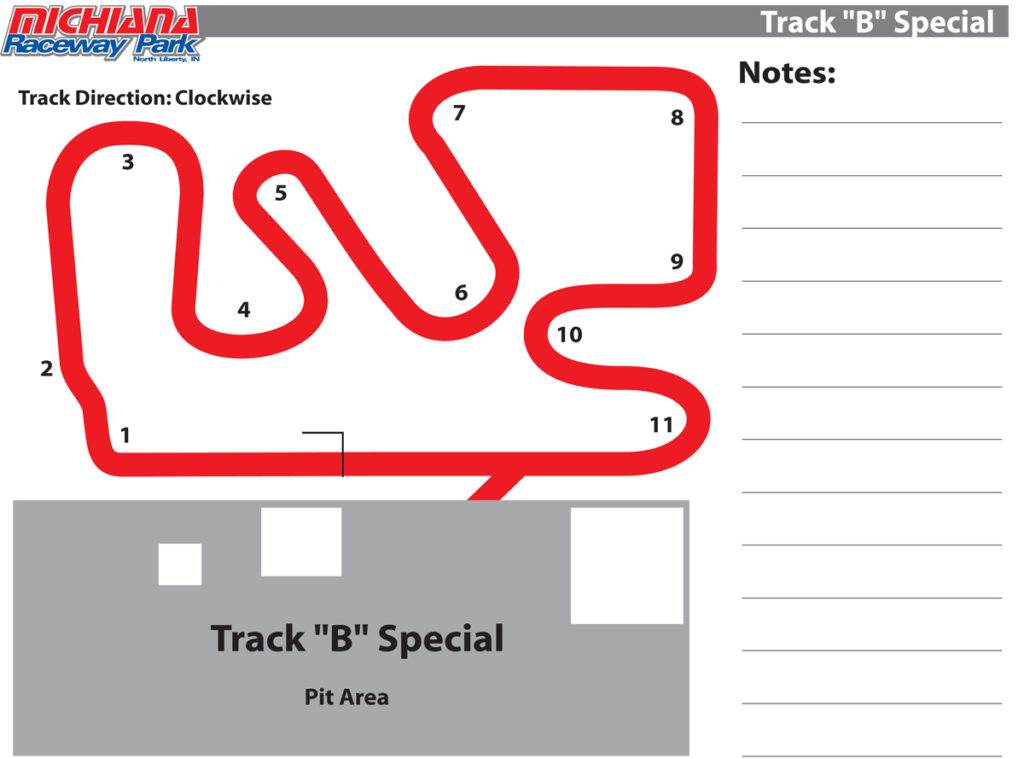 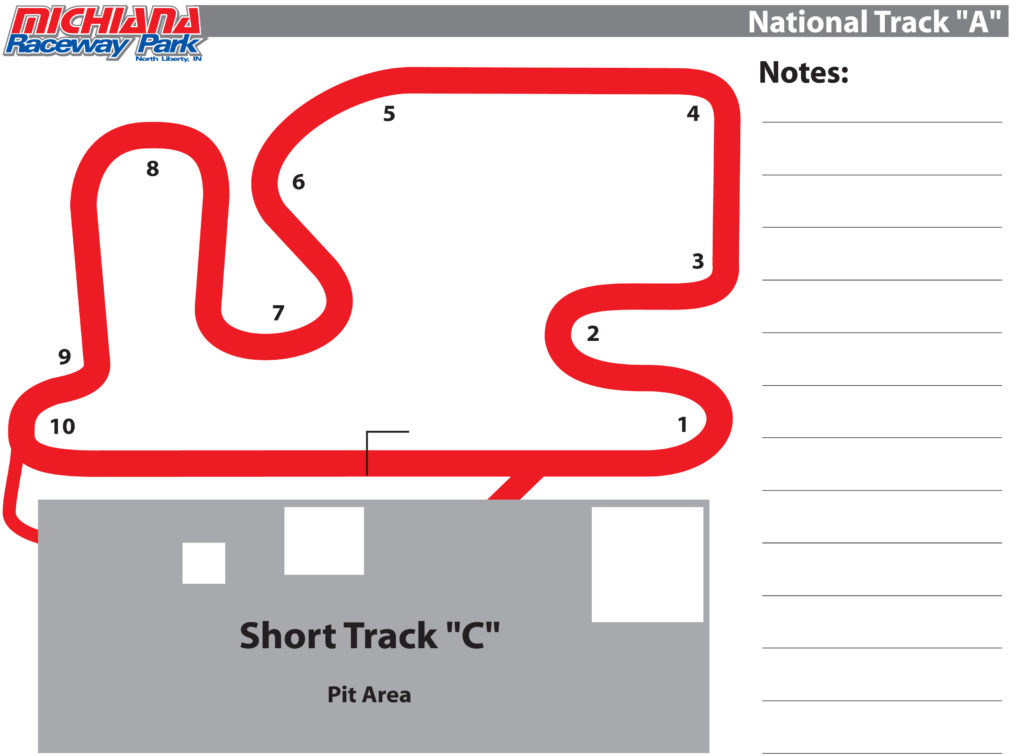 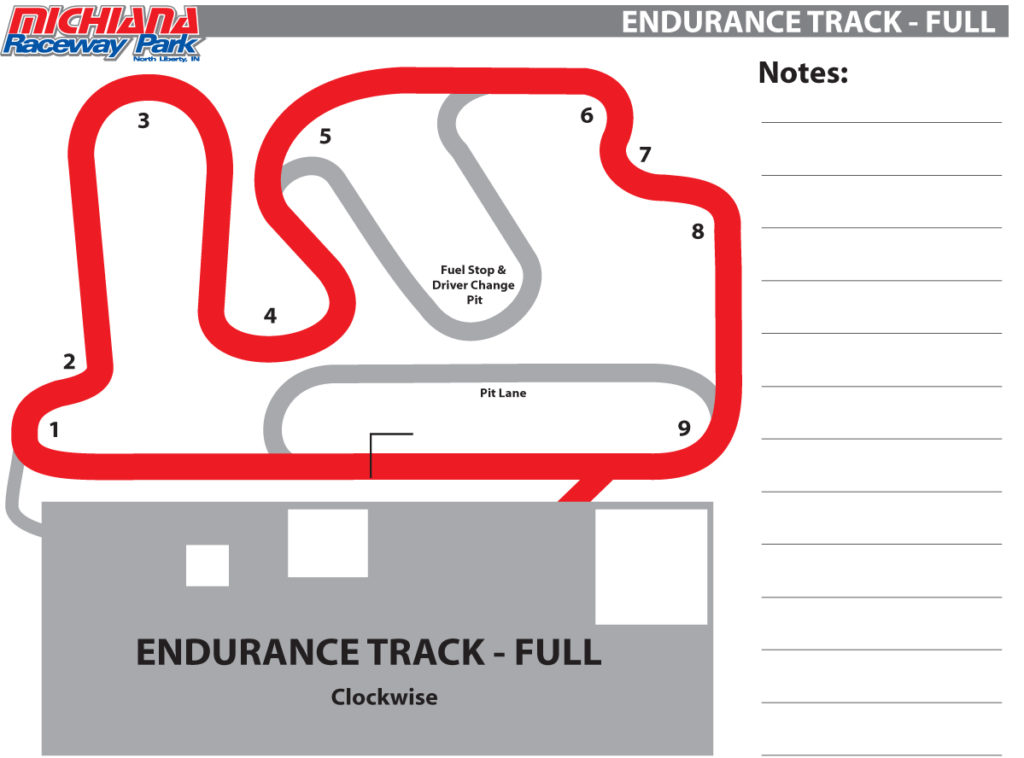 WE ENCOURAGE YOU TO TEST BEFORE YOU INVEST IN EQUIPMENT BY RENTING ONE OF OUR FLEET MACHINES!

Please RSVP if you need a rental kart to fill out a size/rental application!